Murphy’s Law, or Serendipity? It’s Up To Nick Nurse To Decide

The first 7 games of the Toronto Raptors’ 2019-2020 season felt like cruising down a two-lane country road. As always, the team was off to a hot start, and in a season of little pressure and few expectations, everything was running smoothly. Pascal Siakam was in the midst of making his leap that fans North of the border had prayed for. OG Anunoby was shattering expectations, becoming one of the best defensive players in the league. The rookies; Matt Thomas and Terence Davis Jr., have quietly been making a difference. Best of all, the growth has been consistent, and it’s been translating to wins.

Like every fairy-tale movie though, there has to be some conflict along the way.

The only concern of this roster was its depth. Nurse was running his guys on a playoffs-tight rotation, shallowly using his bench, and feeding his top guys more minutes than what was sustainable. 7 months down the line, that fatigue could not have served well in the playoffs. Kyle Lowry’s 34-year-old legs were labouring up and down the court for 39 minutes a night, while Pascal Siakam, OG Anunoby, and Fred VanVleet have all been accountable for playing upwards of 34 minutes each game. With Patrick McCaw already out indefinitely, and Nick Nurse’s rather anonymous distaste for Rondae Hollis-Jefferson and Stanley Johnson, the box score was only 8 rows long on most nights. So there was the issue: it was a good team that could roll through opponents who had losing records, but one injury to any of the top 7 guys would be detrimental, and throughout the course of an 82 game season, you’re bound to get some bumps and bruises.

Friday night’s game was when disaster finally struck for Raptors fans. What’s worse than an injury to one core player? Injuries to two core players.

Kyle Lowry fractured his right thumb in the first quarter, and characteristically, played through it until halftime. According to The Athletic’s Eric Koreen, this injury is unrelated to the thumb surgery that he received in the summer. Serge Ibaka soonafter came down awkwardly on his right ankle as he soared to try and swat away Brandon Ingram’s layup attempt, with 45 seconds remaining in the first half.

In a statement issued by the team on Saturday morning, Serge Ibaka will be held out indefinitely and will undergo further testing, while Kyle Lowry will be re-evaluated in 2 weeks, putting the earliest possibility of his return 7 games from now against the Atlanta Hawks on November 23rd.

Now, its up to Nick Nurse to decide if this turn of events is a case of Murphy’s Law, or if it’s something of serendipity.

Pascal Siakam only got a chance to show his worth in the league after Jared Sullinger got injured. OG Anunoby only realized an opportunity to play big minutes after Norman Powell got injured. Fred VanVleet only found his moment to shine after Cory Joseph got injured.

Rather than looking at Lowry’s and Ibaka’s injuries as inconveniences to the team as a whole, re-frame the situation. Since the end of the summer, we’ve had championship hopes and aspirations, but knew that we were still a piece away from being legit contenders, surrounded by the behemoths around the league. Rather, this was meant to be a season of growth for the young players. There’s no better opportunity to grow than when you’re given full reigns of running a team, and don’t have to worry as much about fighting for your minutes.

With the tough schedule ahead (at Lakers, at Clippers, at Trail Blazers, and at Mavericks), the injuries will probably contribute to a couple more losses than if the team was fully healthy, but what if any of Matt Thomas, Chris Boucher, or Terence Davis Jr. is able to settle into a more defined role and play to their full potential? Is having a solidified 8th man in the rotation worth the next 2+ weeks of hindrance? Absolutely. 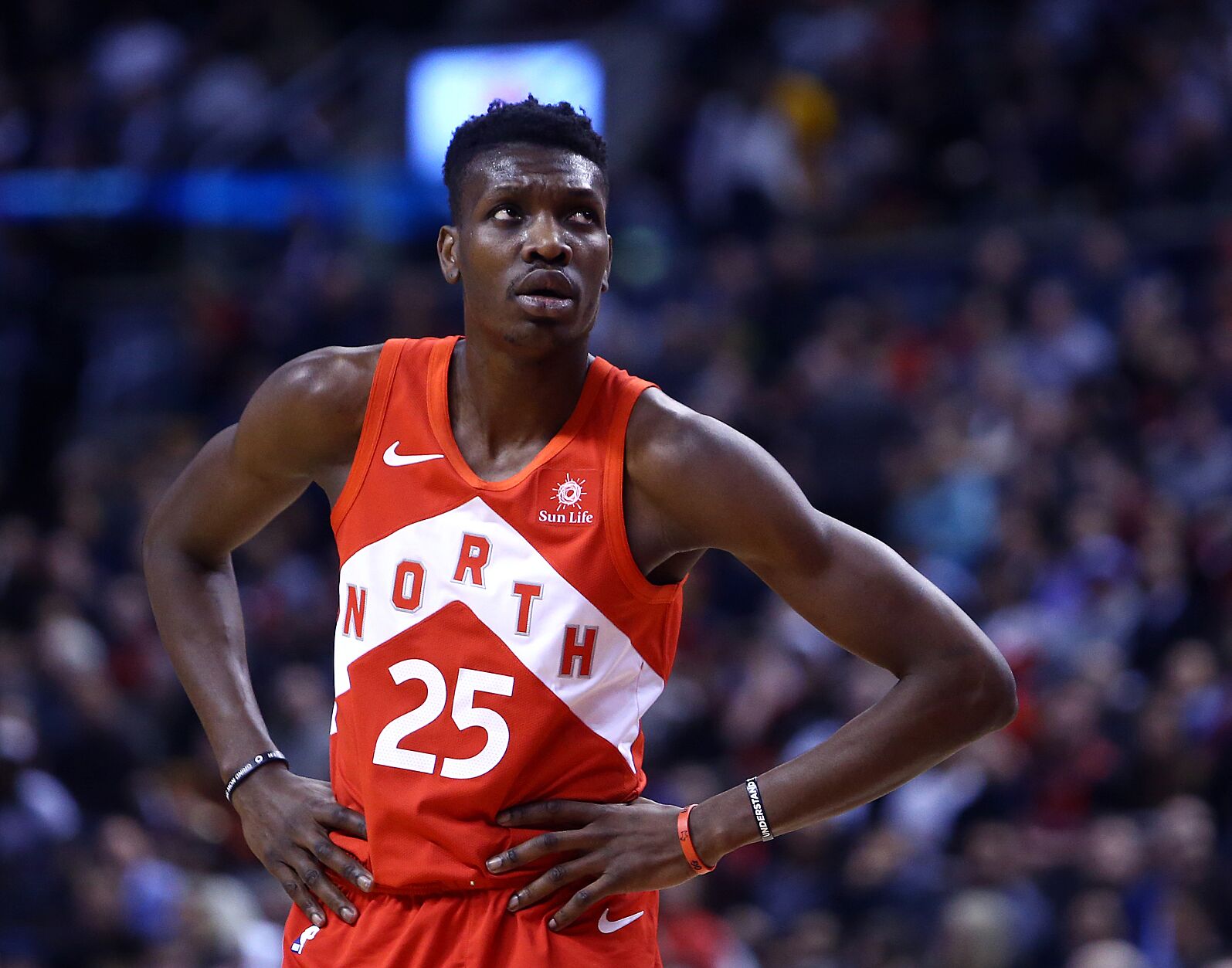 Any of these three aforementioned players is nearly bound to find themselves in a 6th man role for the next few games (barring an unexpected opportunity for Stanley Johnson, or Rondae Hollis-Jefferson). Fred VanVleet will also have the opportunity to be the prime floor general, which is a facet of his game that he’s generally struggled with, despite dishing 8.5 assists per game in the last 4 contests.

Nick Nurse has always been a master of dealing with whatever cards he’s given. As a former G-League head coach, he understands the struggle of having your best player poached from you hours before gametime. Having his bulldog and Mafuzzy Chef out of the lineup should feel no different. Now it’s time to watch how The Iceman, Mr. Make ‘Em Believe, and last year’s G-League MVP and Defensive Player of the Year can contribute in the big leagues.