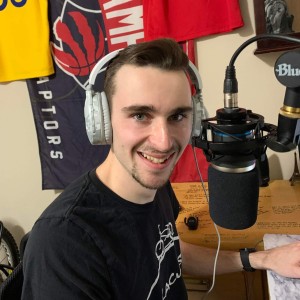 Toronto Raptors’ guard Fred VanVleet is set to return to Toronto after signing a four year, $85-million contract less than 24 hours after the opening of free agency. The Rockford, Illinois guard is just 26 years of age and is coming off by far his most productive season in the NBA. During the 2019-2020 campaign, VanVleet averaged a career high 17.6 points per game, while adding 6.6 assists and 3.8 rebounds. He also led the league in deflections.

While VanVleet is highly respected across the league as he is playing the best basketball of his career and still has lots of room for improvement, this wasn’t always the case. Fred has had to bet on himself throughout numerous hard times in his career.

In front of a group of his closest family and friends, VanVleet watched 60 names get called in the 2016 NBA draft without hearing his own. His agent just had one piece of advice for him: “Bet on yourself”. Fred took those words to heart. The undrafted point guard went on to play in the 2016 NBA summer league with hopes of being invited to Raptors’ training camp. VanVleet ended up making the 15-man Raptors roster and signed a multi-year deal with the squad.

VanVleet made his NBA debut on November 9, 2016 against the Oklahoma City Thunder. He played a mere 26 seconds against the Thunder that night.  Fred scored his first career points against the Lakers in his fourth career appearance. VanVleet also had numerous stints with the Raptors 905, and he was a member of the Raptors 905 championship team in 2017.

In the 2017-2018 NBA season, VanVleet saw an increase in minutes and production. He finished the campaign averaging 8.6 points, 3.2 assists and 2.4 boards across 76 regular season games. As the leader of the second unit for the Raptors, he was nominated for the NBA Sixth Man of the Year Award.

On July 6, 2018, VanVleet resigned with the Raptors. The arrival of Kawhi Leonard and Danny Green had made the Raptors a contender to win the NBA championship, and Fred’s improvement was making him a major part of the Raptors’ success. The Raptors entered the 2019 playoffs as the second seed, with Vanvleet being a significant bench player for the squad. It was during this playoff run that the nickname “Steady Freddy” was coined for Vanvleet. He was offering consistent offensive production off the bench, while playing tenacious defense against some of the NBA’s best guards, such as Stephen Curry and Klay Thompson. VanVleet scored a playoff career high of 22 points, including five 3-pointers, in game six of the NBA Finals, helping to clinch the title for the Raptors.

Fred’s performance in the 2019 playoffs had him rising to the top of the free agency list for the summer of 2020. The 2019-2020 season was VanVleet’s first as a starter. Steady Freddy saw another increase in offensive production and further improved his defense. With VanVleet starting alongside Raptors All Star Kyle Lowry, the Raptors surged to a franchise high win percentage of 0.736. The Raptors were eliminated by the Boston Celtics in game seven of the Eastern Conference Finals.

With Fred set to enter free agency, he made his goals clear. In an appearance on The Old Man and the Three with JJ Redick, he didn’t hold back on what he was looking for:

“I’m not shy about that; I’m trying to get paid man. I value winning, I’ve won a championship, now it’s time to cash out. It’s not purely numbers but at the end of the day I just want to feel my value reciprocated on the other side”

It was the mentality of betting on himself that had gotten him this, and he planned to continue that mentality moving forward in his career. After seeing VanVleet’s development and production over the past few years, the Raptors knew that Steady Freddy is a key to the long-term success of the franchise. With franchise star Pascal Siakam tied up through the 2023-2024 NBA campaign and long-term point guard Kyle Lowry exiting the prime of his career, GM Masai Ujiri knew he wanted to sign Fred VanVleet to a multi-year deal to play alongside Siakam.

Betting on himself paid off for the undrafted guard as he won a championship and got paid. The Raptors signed VanVleet to a 4 year, $85-million deal, with the fourth year of the deal being a player option. After making around $20 million combined in the first four years of his career, VanVleet is now set to make just over that figure each year going forward. With a young core entering its prime and an aging lead guard in Kyle Lowry, the Raptors are a perfect fit for the 26-year-old guard.