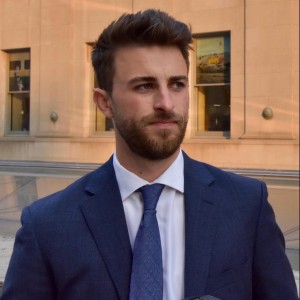 To this point in NBA history, the NBA community has only dared to dream of unlocking the full power of advanced analytics. Dream no longer! Advanced analytics have finally been used to definitively determine who the hottest players are.

The methodology for this scientific inquiry is largely similar to the methodology used in the most attractive NBA head coaches list. A player’s score* on the index is determined by four different scientific criterion:

Handsomeness (40%): the physical attractiveness of a player.

Success (20%): a player’s individual success and their share of team success.

Sauce (20%): essentially, a player’s swagger. Consider this to be an X factor. Please click for a brief explanation of sauce.

*All scores are relative to past and present Raptors.

Damon Stoudamire, Antonio Davis, Norman Powell, Danny Green, Greivis Vásquez and Lou Williams all came close to making the top-five. Although these players have excellent, and frankly sexy, qualities, they shall remain in the friend zone.

The following list may seem to be plagued by recency bias, as it predominately features current players. However, there are two inconvenient truths about the late 90s and the early 2000s: the Raptors sucked and so did the fashion. The players from the earlier teams scored horribly in the Fit Game and Success criteria.

Fredderick Edmund VanVleet Sr. will forever be known as a Toronto sports legend. After the birth of his son in the 2019 Eastern Conference Finals, he put on one of the all-time heat check performances to dethrone the Warriors.

Fred is also made more attractive when compared to Drake, his much dorkier doppelgänger, who’s often seen drunkenly smiling on the jumbotron at games.

He’s the guy that you met at a bar, showed you the best night of your life and left without a word in the morning. Toronto will always think about their time with Kawhi and miss him, even if they don’t want to admit it.

What holds him back from being higher on the list is his perplexing personality. Does he have sauce? Is he a stone-cold terminator? Or, is he a poorly socialized robot? It’s hard to know. So, I assigned him with a league-average sauce rating.

Vince was a ROTY, a 6x All-Star and made an All-NBA team twice in his time with the Raptors. Although he had a rough departure from the team, he put the Raptors on the map and looked great while doing it.

He’s Toronto’s thicc king! Much like Heath Ledger’s character from 10 Things I Hate About You, Kyle has a prickly exterior but he will ultimately win you over with his tenacity and big heart.

With 6 All-Star appearances, an All NBA selection and 87 career technical fouls, Kyle is an NBA Champion and the second hottest Raptor of all-time.

He’s constantly trying to punch people, made Kawhi eat penis pizza, helped bring a championship to Toronto and looked smoulderingly hot while doing it all.

Dominating each category, Serge is the hottest Toronto Raptor of all-time.