A Stranger in Your Own Home: How the Home-Court of the Raptors this Season Can Have Significant Impact on Their Success 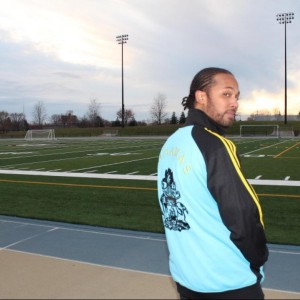 The Toronto Raptors originated over a quarter of a century ago. In that span, the fanbase, alongside their admiration for the team, has rapidly grown in conjunction to the city in which they call home. The Raptors’ fanbase is unique, being the only NBA team with an entire country’s population at their disposal. That is why the experience of a fanatic-filled Jurassic Park is one like no other. Raptors fans are known for their raucous and rambunctious allegiance, receiving high praises from many notable NBA figures—from former NBA coach of the year, Mike Fratello, to arguably the greatest player ever, Lebron James.

Sentiments aside, how statistically important is this home environment? Well, From 1998-2008, home teams posted a winning percentage of 60.6 in the regular season, earning 7,021 wins while losing 4,569 games. During this same period, home teams in the postseason won 64.9% of games, accruing 513 wins and 278 losses.

Some may argue this disparity can be fundamentally explained through playoff seeding, in that a better record in the regular season renders a better chance of winning in the post-season—by virtue of matchup and home-court advantage. However, the difference in player’s statistical performance at home relative to away is indisputable. From 2003-2011, home teams increased their scoring by 3.4%, increased fast-break points by 12.7%, while reducing turnovers by 3.1%, and decreasing fouls committed by 4.7% per game. You may ask yourself, what is the cause of this disparity? The answer is simple. Psychology.

Psychology’s impact on success via home games is said to be twofold: through 1) referee bias and 2) placebo effect. It is shown that NBA referees are vulnerable to home-crowd biases, historically favouring home teams whether implicitly, or deliberately. Between 2003-2011, NBA officials handed out one more foul per game on average to the away team. This success also increases in accordance with attendance, as referee biases worsen the more vocal the home-crowd becomes. Along with the referee bias, competing at home also acts as a placebo, such that playing in front of your home-crowd enhances performance through the belief that it will.

Even Stevie Wonder can see how advantageous home-court has been for the Raptors in the past five years, consistently remaining among the league’s best when playing in Toronto. Besides the eye test, the numbers paint a very vivid picture.

Due to COVID-19 protocol, the Team of the North has been exiled to the warmest state in America, Florida. As a result, the advantage of the fanatic Toronto crowd cheering and supporting their home team has been voided. Yes, the Raptors have found a place in Tampa, Florida, to house them for the upcoming 2020-2021 season. Still, the team that unquestionably feeds off the frenzy of their fans are now complete strangers in their own home.

A Stranger In Your Own Home

The capital city of Ontario is more than 2,000kms north of Tampa. This means not only are the Raptors further away from their families and homes, they are also further away from their divisional opponents, who usually comprise most of their schedule. Social isolation from family and friends can certainly inflict psychological pain on anyone. Out of the frying pan and into the fire; more frequent and longer travelling has also been shown to have physical and psychological effects on athletic performance.

If you analyze the success of NBA teams who have relocated due to unprecedented circumstances, history does not favour the Raptors. The catastrophic damage caused by Hurricane Katrina in 2005 forced the New Orleans Hornets to temporarily relocate to Oklahoma City, OK. Officially known as the New Orleans/Oklahoma City Hornets during the two years of their relocation, they posted a 38-44 and 39-43 record, respectively. However, the year of their return their record dramatically increased to 56-26.

The Atlantic Division has four legitimate NBA title contenders for the first time in… maybe ever? If you factor that in—plus add the psychological and physical barriers associated with the previously aforementioned—the Raptors have a steep and rocky hill to climb. Despite this, the Raptors have retained the majority of their championship core that provide them with a fighting chance to once again reach the promised land.

2 thoughts on “A Stranger in Your Own Home: How the Home-Court of the Raptors this Season Can Have Significant Impact on Their Success”