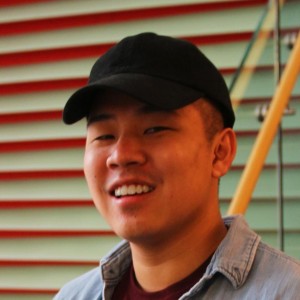 Pascal Siakam’s early vacation sendoff for Miami came with under a minute left in overtime in the form of a spot-up corner three. He posed in front of the Heat bench, leaving his hand in the cookie jar as he put the shot up off a slick extra pass from Gasol. The Heat players stared on, probably thinking about the scouting report that likely highlighted Siakam’s newly-developed corner three shooting ability (.411 from the corners). They were not only watching Pascal Siakam crush their playoff hopes, but also watching the 6-foot-9 forward cruise towards the NBA’s Most Improved Player award.

Pascal Siakam is averaging career highs across the board in points (17.0), rebounds (6.9), assists (3.1), and steals (0.9). He’s tightened his handles and has enough confidence to take guys off the dribble. His footwork in the post is smooth and allows him to finish with finesse. He’s shooting .368 from three-point range. That’s a stark improvement from a guy who previously shot .220 and .143 in his previous two seasons. Siakam solidified himself in NBA scouting reports as a hustle player. He’s the first one sprinting to the basket off a defensive rebound. It also helps that he’s one of the fastest players on the court in every game.

Siakam doesn’t have a reliable jump shot from mid range. He will spot up at the corner three or will slash to the rim with the ball in his hands. Opposing players can stay close to the basket and make it easier to defend his speed. Siakam’s reluctance to shoot lets players get good defensive position in the post. Agile defenders can match his footwork and force him to go left, where he is uncomfortable. Russell Westbrook kept Siakam scoreless on 31 possessions on March 22. The OKC all-star urged Siakam to shoot, eventually coercing him into taking four contested hooks. As a result, they all missed. Working on finishing with his left is something we might see from him next year. Time will tell.

Furthermore, this tunnel vision is something that can be fixed. And Siakam has already shown he is a student of the game. Watch how Siakam stays low to catch the extra pass from Lowry — a minor change that can drastically improve a jump shot. The Toronto Raptors trust Siakam with the ball too. He can push the ball up the floor because he’s discretely a good passer. Although Siakam likely isn’t the next Draymond Green, he can still make plays for his teammates. He can improve his passing out of double teams and kick-outs. I’ll leave it to the Raptor’s player development and coaching staff for that.

With a 7-foot-3 wingspan at a height of 6-foot-9, Siakam has enough length and speed to challenge opposing NBA players. He boasted a defensive BPM of 2.2 in 2017-18, good for 20th in the league overall that season. Siakam is also playing heavy minutes alongside Lowry, Green, and Ibaka — all great defenders in their own regard. I didn’t even mention the 2-time Defensive Player of the Year, Kawhi Leonard. I can see Siakam averaging closer to 1.5 steals a game throughout his career, while hovering around one block a game. His defensive instincts, of course, can improve over time. Playing with great defenders in a top NBA defense will help with that. He also still has time to hit the weight room before he reaches his athletic prime. That’ll keep him from getting bodied by guys like Blake Griffin.

Pascal Siakam has been unreal this year. He has the makings of an elite player — an ideal NBA build, defensive versatility, basketball IQ, and a willingness to learn. Guys like Buddy Hield and D’Angelo Russell are likely chasing him for the NBA’s Most Improved Player award. Some even say Siakam should’ve been an all-star reserve instead of Lowry this season. That’s drastic improvement from a player who was a reserve in his rookie year, a Bench Mob associate in his sophomore year, and now a key player in a team contending for a championship.

Needless to say, Raptors fans can look forward to the former 27th overall pick’s high-flying athleticism, smooth spin moves, and swarming defense. Perhaps the future of the Toronto Raptors isn’t so bleak after what could be a brief Kawhi-era.

1 thought on “Pascal Siakam: What’s next for Spicy P?”