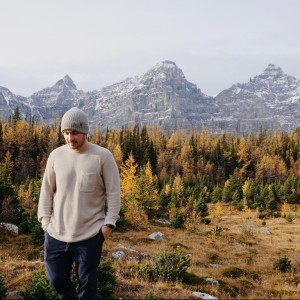 The last two seasons have done wonders for Kyle Lowry’s reputation. Early in his career, he was viewed as a role player with a bad attitude. During his tenure with the Toronto Raptors from 2012-2018, he was a four time All-Star and was the best player on a team that was consistently winning 50 plus games. Still, he was extremely undervalued by the media and fans. He was perceived by many as the sidekick to DeMar DeRozan and many people questioned his All-Star status as a player in the much weaker Eastern Conference. Now, Lowry is viewed by most as an elite point guard, a leader, and a champion. Of course, he still has more than his fair share of haters.

Any true Raptors fan knows that Lowry has always been the best player on the team (minus the one season of Kawhi Leonard). It was never DeMar, we all know that. Pascal Siakam was amazing last year and it could be debated who was the best player, but we saw in The Playoffs that it’s still Lowry’s team. Everything runs through Lowry. He makes every little play, makes his teammates better, and drives winning like few players in the entire league. At the age of 34, he put up 19.4 points per game, 7.5 assists, and 5.0 rebounds. Most impressively, he averaged 36.2 minutes per night while sacrificing his body on the defensive end, taking charges from players twice his size.

Theoretically, at the age of 34, Lowry could be due to slow down. We saw Lowry play some amazing basketball just two months ago. Additionally, we have at least three years of experience hearing the same narrative that Lowry will take a step back soon. It’s fair to give him the benefit of the doubt at this point, he deserves a break. It will happen eventually, but who knows when.

For the sake of this evaluation, I will only compare Lowry to other true point guards. I get it, Lebron is the main initiator for Los Angeles. Same with Doncic for Dallas, Harden for Houston, and Simmons for Philadelphia. These players are of a different nature and do not profile as traditional point guards, so they will be excluded. Harden is the most similar, but he is still an unique case. John Wall will be left out as he is coming back from a lengthy injury, and impossible to evaluate. Furthermore, age and contract will not factor into these rankings. Lowry is less valuable then many young point guards as his time is limited, but that is not the point in this evaluation.

The ‘not even close’ group

There is no point in going over point guards below this class (i.e Collin Sexton, Terry Rozier, Lonzo Ball) because no one in their right mind would rank them with Lowry. This group consists of solid players that have seen varying amounts of success.

As for these players, Mike Conley definitely used to be in Lowry’s class during his prime. The debate about who has had a better career could be somewhat reasonable, but right now Lowry is clearly better. Eric Bledsoe is a solid guard, but look at the price that Milwaukee paid to upgrade him. It would be hard to debate that he is better than Lowry. Goran Dragic played really nice in the bubble, but still he belongs in this group. Schroder, Graham, and Dinwiddie all had nice seasons with impressive numbers, but they aren’t elite point guards by any means.

This group contains some more interesting names. You have a couple of younger players with upside in LaVine, Fox, and Morant. Lavine put up over 25 points per game last season, and was by far the Bulls best player. He still has some holes in his game and can easily be viewed as a guy who puts up big numbers on a bad team. Fox is a guard who showed tremendous improvements in his second year, but faltered a bit last season. His athleticism is impressive and if he continues to grow he could be a top level point guard in the league someday. SGA had a very nice season with the Thunder, and figures to take the main role in OKC now that Chris Paul was traded to the Phoenix Suns.

Ja Morant might get the most debate here. He had a great season winning Rookie of the Year, and almost leading the Memphis Grizzlies to the playoffs. He appears to drive winning, but still needs to take the next step to get into the class of elite guards – which could easily happen this year. Of all of the players in this group, Morant would be most likely to surpass Lowry sooner than later.

Malcolm Brogdon, and Fred VanVleet are fairly comparable cases. The both play a lot off-ball, but still profile much like a point guard. Both of them have likely reached their ceiling as players (or close to it) and would cap out as third or fourth options on championship level teams. Derrick Rose at his peak was arguably the best point guard in the league. He was able to rediscover his game last year in Detroit, but his injuries are too much for him to likely ever be that same superstar he once was.

The ‘definitely better than Lowry” group

Based on the exclusions from my evaluation, this is a very short list. I don’t need to waste time explaining how Steph and Dame are better than Lowry, as they are clearly true superstar talents. I will admit, I am not a huge fan of Kyrie Irving. He has proven to be incapable of winning a championship as the best player and leader of a team. Despite this, his talent is too much to not be above the Lowry group. Kyrie is still in his prime and will fit nicely as a second option behind Kevin Durant in Brooklyn.

Here we are. The list of point guards in Kyle’s weight class (figuratively). We see these lists all the time, and usually they don’t go very well for Lowry. Luckily, this is a Raptors-friendly post so I predict a more fair outcome for Lowry. I will go through these players one-by-one to see where Lowry will land. To be fair, it’s very close for all of them.

To me, the weakest in this group is Trae Young. While he puts up seriously impressive offensive numbers, his defense is abysmal. Among 95 qualifying guards, Trae Young ranks dead last with a -6.17 defensive real plus minus. That cannot be overlooked. Based on offensive talent, Trae belongs in the top five. His defense is just too bad, and it showed in the Hawks 20-47 record.

The next best point guard is Jamal Murray. This may be a bit of an overreaction to his performance in the bubble, but man was he ever impressive. The way that Murray was playing looked like a legitimate MVP caliber player. Even his numbers before the bubble are nothing to scoff at. If Murray can continue to play at the level he showed in Orlando, he could be in that top group real quick. Murray has already shown capable of being a very good point guard on a 50 win team, and that has value to me.

Next, I have Russell Westbrook. This may come as a surprise, but Westbrook is not the player that he once was. He can still score, he can find open shooters, but he creates so many problems on offence for his team, just like how we saw in The Playoffs this year when Westbrook was dared to shoot threes by his opponents. In his career, Westbrook shoots under 31% from deep on less than four attempts per game. The other areas of his game are still extremely good, but they do not compensate enough for his lack of shooting.

Kemba Walker is next in line. He is an elite passer, ball handler, and shooter. What more could you ask for in a point guard? He can create his own shots, score in the clutch, and get to the rim fairly well. Kemba has one main issue holding him back, and it’s his size. His size creates many problems for him on the defensive end, with a -1.20 defensive real plus minus. Additionally, he can struggle offensively at times when his shot is not falling and he has a tendency to over-shoot and dribble at times.

Like Westbrook, this is a bit of a bold pick. Jrue Holiday, to me, is one of the most underrated players in the NBA. It can easily be argued that he is not a traditional point guard, but Milwaukee surely acquired him to fill this role after trading their two point guards to acquire him. Jrue is an elite playmaker, he can guard bigger and smaller players, as well as being a bit of scoring threat himself. It pains me to say it, but Milwaukee added a great piece – albeit for a massive price.

This is where I put Kyle Lowry. I get it, Raptors bias likely comes into play here. Every Raptors fan is higher on Lowry than most. However, there is a reason that we all adore this man. Lowry is an elite passer, an elite defender, and one of the best floor generals in the league. Kyle has proven time and time again that you can play him with any four players, and he will make the lineup look good. If you need evidence, watch Kyle lead the Raptors to a 30 point comeback with a bunch of third stringers.

How many other point guards are the most important player on a team that wins 50 plus games a season, and has won at least one playoff series for five straight years? No one. Lowry drives winning like few players can, and he deserves the respect that Raptor fans give him. His individual talent does not compare with other stars in the league, but basketball is a team game. Kyle plays with a team better than almost any player in the league.

I still rank Chris Paul just slightly ahead of Lowry. In his prime, Paul made a name for himself as one of the best point guards of all-time. His demise has been greatly over-exaggerated, as seen with him leading the Thunder to a fifth seed this season. Paul has a lot of the Kyle Lowry qualities that Raptors fans know and love. He makes teammates better, leads on the defensive end, and makes all of the little plays. The Phoenix Suns will undoubtedly win more games this season with Chris Paul as their new floor general and leader. He drives winning, and despite having no rings, will raise the ceiling for his new team. Are the Suns legit contenders? Probably not. They will definitely be interesting to watch this year though, and could win a round or two.

Kyle Lowry is the fifth best point guard in the NBA

Lowry is 34 going on 35, and could likely show his age at any point. This is not a projection based on potential improvement, or vice versa, but an evaluation on who has shown to be the best point guard in the NBA. Kyle Lowry’s been an All-Star for six straight years. He should have made either an All-Defense or All-NBA team this year, as well. Let’s sit back, relax, and watch Lowry be an All-Star selection for the seventh time, to prove everyone wrong again.