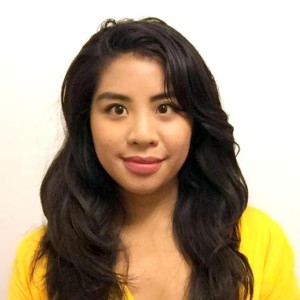 In a clash of early-season titans, the East-leading Toronto Raptors (8-2) host the West-leading Memphis Grizzlies (10-1) Wednesday night (7:30 p.m. EST) at the Air Canada Centre. After taking the past three days off, the well-rested Raptors have quite the task ahead of them. They are set to take on a Memphis team that won their 20th straight home game in convincing fashion with a 119-93 victory over the Houston Rockets Monday night. With the coup, Memphis assumed sole possession of the best record in the NBA.

Memphis, at least on paper, is Toronto’s biggest challenge to date. Tonight’s tilt marks the sixth of Toronto’s seven-game home stand and the first matchup of the young season in which the Raptors are widely considered the underdogs. Seriously, they could get put in place worse than the punk who accused Justin Timberlake of jumping on the Grizzlies bandwagon.

Raptors forward James Johnson has been ruled out indefinitely:

James Johnson sustained a severe right ankle sprain Saturday vs. Utah. There is no timetable for his return to basketball activity. #rtz

Meanwhile, a Grizzlies broadcaster reported Memphis will be without several players:

Cage’s Key to the Game

Interior Defence
The last time the Raptors lost a game, it was because they couldn’t contain Pau Gasol inside. His younger brother, Marc Gasol, and his frontcourt mate Zach Randolph are capable of doing the same type of damage for the Grizzlies. As a team, they score 45 per cent of their points in the paint, per NBA.com. The Raptors must go back to their defensive-minded, rock-pounding ways if they wish to find success against this team.

Inside Attack
The Raptors are fifth in scoring with 106 points per game. The problem? The Grizzlies are first in points allowed, giving up just 98.5 PPG. Gasol in particular is one of the best interior defenders in the game. That said, Memphis records the fewest blocks in the association. The answer? Attack! Attack! Attack!

When the Raptors attack, they get calls. Especially DeMar DeRozan (third in the league) and Kyle Lowry (24th). The Raptors are second in the NBA in free throw attempts with 31 trips to the charity stripe per game. However, keeping those numbers up won’t be an easy task; the Grizzlies allow the third-fewest free throws per game at 19.8.

Control the Pace
Toronto and Memphis’ numbers are quite similar across the board: rebounding, taking care of the ball, forcing turnovers, second chance points, fast break points, points in the paint and so on. When it comes to pace, NBA.com indicates the Raptors average 96.6 possessions per 48 minutes (11th) while the Grizzlies pace sits at 93.9 (24th). The Raptors must take advantage of their speed, youth and athleticism to beat down on the Grizzlies, especially if the visitors are undermanned.

X-Factor: Jonas Valanciunas
Jonas Valanciunas is coming off a strong performance against the Utah Jazz. He recorded 17 points on 7-12 shooting, 14 rebounds and two blocks in 34 minutes Saturday night. Against Memphis, Toronto will need to fight fire with fire. The Grizzlies bigs are going to attack, and it will be up to the Lithuanian centre to respond. While he isn’t necessarily expected to outmatch and outscore the likes of Gasol and Randolph, Valanciunas proved he can last season when he put up 23 points on 11-15 and grabbed 9 boards against Memphis. Perhaps even more impressive, he held Gasol to eight points on 3-8 shooting in the 99-86 victory on March 14, 2014. Once again, the Raptors will need JV to produce on both ends of the court.