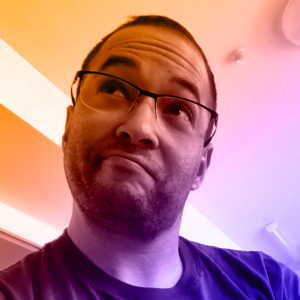 The Toronto Raptors defeated the Charlotte Hornets 127-106 at home in blowout fashion. The Raptors moved to 4-0 in the season, with two more games left on the home-stand.

The game did not qualify as a must-see for the Raptors given the quality of the opponent. In the Hornets’ defense, they’ve looked great in the young season, and are poised to improve from last season where they missed the playoffs entirely. Based on recent performance, and overall capabilities, the Hornets should see action in the postseason.

However, the Hornets did have a player sitting on the bench who could have been the cause of the cosmic effect that saw the Raptors assemble the greatest team in franchise history. Tony Parker sat on the bench at Scotiabank Arena as the Raptors demolished his new team while featuring the one person he criticized last season for being injured.

Parker watched as Kawhi Leonard dropped 22 easy points on his Hornets while shooting an efficient 9-14 from the floor and being +29 in 31 minutes. Tony played 15 minutes and scored 6 points on 2-7 shooting. He also had a close view as Danny Green scored 16 points of his own, and played excellent defense all game long, even showing off one of them chase down blocks he’s become known for.

Kyle Lowry had an incredible game, as he continues his outstanding play to begin the season. Lowry also had 16 points on 5-9 from the field, but had a whopping 14 assists against one singular turnover, just showing a masterful display of finding his teammates for easy buckets.

This Raptors team is incredibly scary, they simply don’t seem to have many holes in their game or in the rotation. Each and every player in the starting up can defend at a high level. Pascal Siakam is an excellent defender, Serge Ibaka has been in Defensive Player of the Year discussions, Kawhi Leonard has won back-to-back Defensive Player of the Year awards, Danny Green has earned an NBA All-Defensive Team selection, and Kyle Lowry has been praised for his defense, plus he led the league in drawing offensive fouls last season.

All of those players discussed in the above paragraph regarding their defensive prowess can also shoot the ball from long-distance. They can also finish at the rim, hit shots from midrange, and all of them have the ability to share the ball to find the open man.

Kawhi is now the team’s best player. He grew up in a San Antonio Spurs system that takes pride in ball movement until the absolute best shot has been found – same with Danny. However, that same system that taught him to move the ball made him believe he was the best player in the NBA, and thereby created an absolute monster.

Many believe the Celtics are the team beat in the Eastern Conference. Sure, let them believe that so they employ less focus on the Raptors. The Celtics have a talented team, but the pieces don’t all fit together, especially with specific individuals coming back from injury.

Heck, why are we dancing around this – Kyrie Irving is not a good fit. He demanded a trade from a team that made the Finals because he simply wanted to have his own team. If other players continue to overshadow him he will likely develop frustration. He considered signing with the Knicks, which tells you how much he deeply cares about winning.

Let us not be bothered by the continuous Raptors’ underestimations. We know that we’re witnessing something special day-in and day-out. For many years now, the regular season has not been a concern for the Raptors organization – the sights have always been the postseason. Same for Kawhi, he almost slashed the Warriors singlehandedly with a lesser team in the 2017 NBA Playoffs before he went down with his injury.

The Raptors have unfinished business, and so does Leonard.