After a lengthy NBA offseason in which All-Star players, former MVP’s, and all-around difference makers were changing hands like peanuts for sale at a farmer’s market, the league went through its longest trade drought ever immediately after. Not that fans would have even noticed, given how much new content there was to grasp, but prior to last week’s small-market roster rounding deal between the Cleveland Cavaliers and Utah Jazz, it had been 165 days since Russell Westbrook was dealt in a blockbuster move to the Houston Rockets.

ESPN’s Adrian Wojnarowski broke the news on the evening of December 23rd, that the former 5th overall pick, Dante Exum, would become a Cavalier, and in exchange, Jordan Clarkson, known to be an offensive-minded role player, was on his way to Utah. In addition to the swap, Cleveland is set to acquire two future second round picks from the Utah. Clarkson will again have a chance to compete for a championship with the streaking, 6th seeded Jazz, while Exum will have an opportunity to finally blossom as a player in a low-stakes environment, where it looks like he’ll play off-ball next to Darius Garland and Collin Sexton.

What does this trade mean for the Toronto Raptors?

Given that one team is in the other conference, and the other sits 12.5 games back of the Raps; essentially nothing, other than the fact that it signifies that trade season is officially back, and the NBA’s frenzy of player movement is once again upon us. Due to a clause in the Collective Bargaining Agreement, players who have recently signed a contract cannot be traded for three months, or until December 15th of the following season – whichever is longer – therefore as of three weeks ago, over 100 players under contract who were not eligible to be dealt, now are. Among that list of names are; Golden State’s D’Angelo Russell, New Orleans’ J.J. Redick, and Orlando’s Terrence Ross, who have all emerged as top trade candidates for contending teams. Note that outside of these 115 recently accessible players, anyone else would have been unlikely to be dealt, since executives want to get the greatest package of any players and picks they ship out, and with nearly a quarter of the league locked up, doing so would be nearly impossible.

All in all, trade season has officially begun. We hope you took your 165 days to familiarize yourself with the new-look NBA rosters, because they’re about to be shaken up once again.

For the Toronto Raptors, it’s been an injury ridden start to the season. Tim Bontemps points out that among the top 8 guys in the Raptors rotation, everyone except for OG Anunoby has missed at least 5 games this season. The team still hasn’t played a single game this year with a fully healthy rotation. The closest that they’ve been was at the very beginning of the season when only Patrick McCaw was injured, and at that point, Nick Nurse was still reluctant to look past the 8th man on his roster, as Terence Davis Jr., Chris Boucher, and Rondae Hollis-Jefferson had all yet to break out yet.

In spite of the unclear picture, the team’s weaknesses have had ample opportunity to present themselves.

The Raptors only have one player in the top 20 scorers in the league, and as I statistically outlined in a previous article about the Scoring Balance Coefficient, teams with high volume scorers tend to fare better than those who rely on ball movement to create a balanced offense. All in all, relying heavily on Pascal Siakam to score is a good thing, however the Raptors need another reliable scoring option to put the ball in the bucket.

After mid-April, defenses tighten, and focus in on the best scorer on a team, forcing secondary players to do the bulk of the damage. With how the team looks right now, that will not bode well for the Raps. Currently, the team’s next best scorers are Kyle Lowry and Fred VanVleet, who are both great at creating their own shot, but as we’ve seen over this past 8 game stretch, the two of them have limited arsenals at just 6-feet-tall. 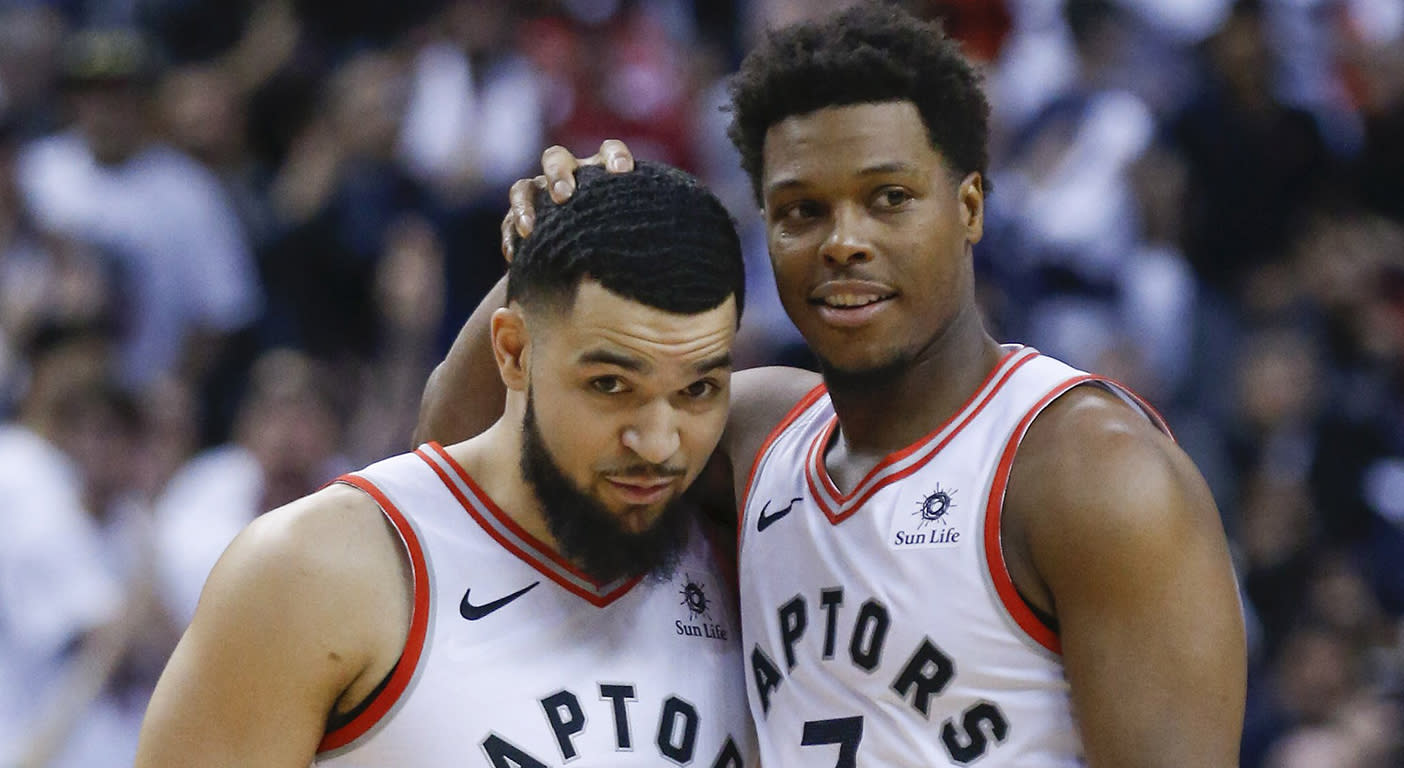 There are too many offensively dependent players on this roster, especially with the bench unit. Norman Powell provides a spark, but with Serge Ibaka unable to create his own shot, Hollis-Jefferson having a limited offensive game, and Davis Jr. being as streaky as he is, there’s more potential for offensive drought with those guys on the floor, than there is for them to outscore an opposing bench. Getting a player who is able to uphold the defensive identity of the bench mob, while also providing an offensive spark would be huge for the team, and would take some pressure off Siakam’s shoulders.

Taking care of the basketball

The Raptors currently rank 13th in the NBA with regards to assist-to-turnover ratio. At 1.65 assists per every turnover, they’re not doing a terrible job, but the team’s ability to share the ball effectively while limiting turnovers is imperative to scoring the basketball, while confining opposing teams to their halfcourt offense. With such incredible Raptors defense, the potential of the team with some more effective passing is even more intriguing.

Ultimately, the changes necessary could be best addressed through coaching, rather than through roster changes, however bringing in a player who can create for other guys in an efficient manner, while limiting their turnovers would help soothe the offense, and would allow for a couple more possessions where the Raptors can set up their suffocating defense, rather than giving up easy fastbreak points.

When this team is at full-health, they’ll be exciting to watch, but health is not a guarantee come April either. After winning the championship last year, Masai Ujiri and Bobby Webster know what it takes to reach basketball’s pinnacle, and crushingly, the Raptors still seem to be a piece or two away from being true contenders again.