Why the Raptors will have a better Game 2 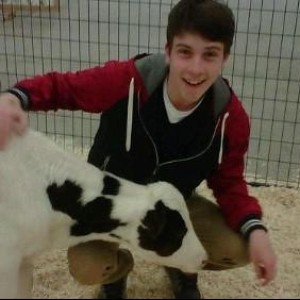 Toronto Raptors fans are understandably disappointed and frustrated after watching their team drop Game 1 of its best-of-seven playoff series against the Indiana Pacers. The team, and its fans, have been here before – down 0-1 with home-court advantage.

It’s probably not necessary to drudge up all the gory details once again. If you’re the masochistic type, you can relive the game by checking out Fahim Ahmed’s post-game report card. Kyle Lowry and DeMar DeRozan were awful, and Paul George went off in the second half to lead the Pacers to the 100-90 victory.

The past day has been filled with a lot of doomsday preparations by Raptor fans, but it doesn’t have to be that way. Game 1 is just that – Game 1. There’s seven of them in this series, and to be honest, the Raptors can only go up from here.

So don’t panic, because game two tips off tomorrow at the ACC, and I’d be willing to wager a fair amount of money the Raptors will be fired up and ready to play. This will quite literally be a whole different ball game. Here’s a few reasons why:

The Pacers’ second half offense was completely unsustainable

In the second half of yesterday’s game, Indiana pulled ahead on the back of Paul George, who went off for 27 points in the 3rd and 4th quarters. This was on 76% shooting and 100% from 3-point range. Meanwhile, the rest of the Pacers shot a combined 6 of 20 in the half for 30 points in total. PG13 scored 50% of his teams points while his teammates chucked up bricks.

George is going to get his shots, but he can’t be expected to shoulder that same offensive load each game. He would need both the energy of 10 players, as well as an insane amount of good fortune.

George was the best player on the court yesterday, and is arguably the best overall player in this series. But if his team expects him to carry them the whole series the way he did last night, it would require one of the greatest individual playoff performances in sports history.

This goes back to the idea of sustainability. Whether you think Lowry and DeRozan just had a bad shooting night, or were shut down by the Pacers’ defence, there’s no way it will continue for the whole series.

I’m of the mindset that the Pacers had a fantastic defensive attack on DeRozan, while they did only a decent job on Lowry, who just happened to miss some open looks. A big element of Indiana’s shutdown of DeRozan was George (who else, right?) George stuck to him the whole game, and the Pacers threw an extra man on him whenever possible. As you might imagine, guarding DeRozan is no small task, and takes an immense amount of energy to shadow him for 40 minutes per game. This means George has to shoulder both the toughest offensive role, and most challenging defensive assignment.

For 40 minutes every night.

Even if George can pull that off, that leaves Lowry. This is what makes the Raptors so lethal. If the Pacers shut down Lowry, DeRozan can torch you. Stop DeMar, Kyle will light you up. Unfortunately, if one isn’t shooting well, Toronto might be in trouble. Lowry had a bad shooting night in front of some decent defence. Look for that to change in game two – unless Lowry’s elbow is worse than we think.

Casey has learned – a lot

As playoff disappointments often go, the coach receive a lot of blame. Last night was no exception, and the criticism pointed at Dwane Casey was definitely valid in many cases (why on earth did Patterson come out just as Carroll went in late in the game?).

But coaching is all about adjustments, and I’m confident Casey will spend hours staring at the game film and taking notes. He’ll see that Patterson and Carroll on the floor at the same time creates matchup hell for the opponent, and he’ll see what worked on Paul George in the first half and go back to it.

I’m by no means pinning this loss on the refs. They were equally incompetent and inconsistent through the game, regardless of team (I will, however, leave this link here). But what happened to Jonas Valanciunas was a game-changer. JV was saddled with three quick fouls, one of which was an absolutely atrocious call, in which Jonas was whistled for being shoved out of the paint by Myles Turner. In the second half, JV was hit with three more fouls (at least on of which was highly questionable), booting him from the game.

That’s not going to happen again, just by the law of averages. If Jonas can pick up where he left off, bullying the Pacers down low and feasting on rebounds and loose balls, while staying in the game, the Raptors win game two.

So chin up, Raps fans. Game two goes tomorrow night, and there’s no way the team isn’t fired up. It was reasonable to expect Paul George to steal one or two games for the Pacers this series, and this was just one of them.

Despite Lowry and DeRozan’s performance, and Paul George’s supremacy, the game was still within reach until the last minute. If the Raptors make half of the free throws they missed, and George misses two shots he made, the Raptors win the game. That’s how close it was.

This isn’t the team from a year ago.