The race for the Raptors’ eighth spot 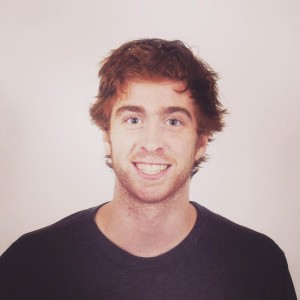 The NBA bubble has shown us some exhilarating basketball over the past month, but now it’s time for what every basketball nerd has been waiting for:

Three games into their first round series against the Brooklyn Nets, the Toronto Raptors are looking dangerous, destined for another deep playoff run, picking up right where they left off back in March.

Dare I say, a potential repeat?

With that in mind, Toronto has an amazingly deep roster this year. Following the departures of Kawhi Leonard and Danny Green, the team has become a deep pool of talent, carrying several “utility” players, capable of playing and guarding multiple positions. The Raptors have one of the strongest seven-man rotations in the league, consisting of Kyle Lowry, Fred VanVleet, OG Anunoby, the spiciest pepper Pascal Siakam, Marc Gasol, Serge Ibaka and of course, Norman Powell rounding out the bunch.

On top of this, their depth from eight to eleven is also extremely strong. Rondae Hollis-Jefferson, Terence Davis, Chris Boucher and Matt Thomas would all typically be rotation players on other NBA teams.

All of these guys could see crucial minutes over the course of The Playoffs.

But who gets that eighth rotation spot?

Probably my favourite Raptor (super random I know), Rondae is a 6’8 versatile defender with a high motor, and would be a great complimentary piece for the playoff rotation. He would give the Raptors even more defensive looks, and bring toughness and energy every time he touches the floor. Nick Nurse has been experimenting with RHJ, having him handing the ball in a Pascal-lite position. On the offensive side, RHJ lacks a low post scoring touch and doesn’t have a consistent jumper, but he brings a block, a steal and multiple deflections to each game; these can be huge momentum shifters in The Playoffs.

But if the Raptors are looking for length and energy, he’s their go-to guy. If they’re looking for a little more offensive firepower, I’ve got someone else in mind.

The undrafted rookie that Masai Ujiri pulled out of thin air may see some big playoff minutes as a quick hitter off the bench.

The rook offers the Raptors another ball handler. At 6’4, Davis is a taller guard that can play both the point and shooting guard positions. He offers energy, shooting, defense and intensity.

I don’t have many bad things to say about this kid honestly.

He’s a straight up gamer. He may be a little inconsistent, or make the occasional bone-head play, but he’s young. If Nick Nurse is looking for a burst of offence, or looking for some taller guard actions, he may give Davis a nod.

I have a love-hate relationship with Chris Boucher.

Whether it’s his god-like dunks or blocks, or him standing at the three point line waiting to shoot a 30 footer after subbing in 30-seconds prior, he does bring some tools to the table.

A 6’9 long athlete, Boucher is easily one of Toronto’s best shot blockers. Boucher is always looking to make a play on the defensive end. He’s great for a quick burst of energy into the game. He’s mobile but skinny, allowing some of the NBA’s big men to overpower him.

Now the offensive side. Which is interesting.

Does he hit some? He sure does.

Boucher is currently shooting 32% from three. This clearly isn’t a great percentage, but for someone of his size and skill, he is a decent threat from beyond the arc. If the Raptors want to play small, they can play either RHJ or Boucher at the center position.

Boucher may get some time here or there, but it seems likely he’ll be playing burn minutes.

Last but not least, one of Toronto’s premier shooting threats…

If you leave this guy open, he’ll drop 20 points on your head fast. You want to talk about a straight shooter? This guy is lights out.

If you play up on him, there’s not much he can do. Thomas has been watching tape of JJ Redick, and throughout the season has gotten a lot better at moving without the ball. His three point shooting coming off screens has increased drastically from the start of the season.

He could be a quick plug and play guy if the Raptors need to  get points fast off a couple quick actions.

Defensively, Thomas tries hard, but he lacks the size and athleticism needed to stay in front of bigger, faster players.

Thomas will definitely get spot minutes here and there, especially if the Raptors need a little spark or boost in scoring.

Expect a boxscore of either 3 points, or 23 points from Thomas at some point in the postseason.

All four of these guys would be stapled in as role players on a lot of other teams. The Toronto Raptors have the luxury of playing any combination of these guys in that eighth rotation spot.

I would expect to see all four of these guys make important contributions in the Raptors quest to repeat.

No jinx, I swear.