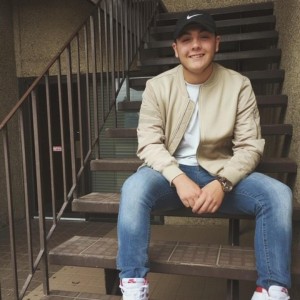 Masai Ujiri is globally recognized as one of, if not the best general manager (GM) in the NBA. From convincing the Knicks to give up a top-10 pick for Andrea Bargnani, to pulling off the Kawhi Leonard and Marc Gasol deals within the same season to eventually lead to the Raptors’ first ever championship, Masai has become the second most all-time beloved member of the Raptors organization behind Kyle Lowry.

Not only does every trade Masai makes peak the fascination of Raptors fans, but Ujiri has developed quite the reputation for his drafting abilities.

Some of the notable recent picks from Masai include:

After going undrafted in the 2016 NBA draft, Fred VanVleet, the four-year guard out of Wichita State, was scooped and taken to Toronto by Masai Ujiri.

Fred bursted onto the scene during the 2017-2018 NBA season; a season which saw the Raptors finish first in the East, but eventually get swept by their playoff-kryptonite, LeBron James. During that season, we saw Fred lead one of the best, and most exciting benches in the entire NBA, who were later labelled as “The Bench Mob.” A year later, Fred increased his minute total by 7.5, and lead another fantastic bench unit; one that would win an NBA title. Thanks to Hubie Brown, Fred VanVleet received one vote for finals MVP that year as well.

After all of Masai’s success as a GM, it doesn’t come as a surprise that in the 2019 off-season, Ujiri picked up yet another undrafted rookie; Terence Davis Jr. Davis also played four years of college basketball, his at Ole Miss University.

Davis shattered social media after putting up 22 points, 5 rebounds, and 3 assists in his sole summer league game for the Denver Nuggets. That was all it took for Masai Ujiri and Bobby Webster to pick up the phone, and dial-up Davis’ agent, and ink him to a fully-guaranteed two-year-deal.

During the 2019 NBA draft, Terence received multiple calls from teams desiring to sign him to a two-way contract. A contract which essentially would see Terence play in the G-League, with 45 days maximum in the NBA. Terrence liked the way his eventual teammate, Fred VanVleet handled his business, and decided to “Bet On Himself” as well, and decline every two-way offer. Terence believed he was an NBA caliber player, and was he ever right.

The expectations heading into the season for the majority of the Raptors’ staff and writers was that Terence would see a lot of time with the Raptors 905, as did VanVleet, Wright, Siakam, and Poeltl when they first arrived to the team. The Raptors utilize their G-League system tremendously well. They have the last two G-League MVP’s in Chris Boucher, and Lorenzo Brown, and were the 2017 G-League champions, with Pascal Siakam receiving the finals MVP. Chris Boucher would also take home Defensive Player of the Year for the 905 in 2019 as well.

Terence however, had other plans. Davis received minutes in the Raptors first game of the season, a win vs the New Orleans Pelicans, where Davis showcased a little bit of the shooting ability, and athleticism he has to offer. Davis truly unleashed in the Raptors’ short-handed win in Los Angeles vs the Lakers, where he recorded 13 points, and 5 rebounds, in one of the Raptors’ most impressive wins of the season.

Since then, Terence has had many memorable performances, with his best being on  a cold January night in Charlotte, a night after Terence got called out by head coach Nick Nurse for not playing well. Terence earned the starting nod, and the chance to prove Nurse wrong, and he did just that. Posting 23 points, and 11 rebounds, Terence not only had a terrific night, but acted as the Raptors’ most crucial overtime performer in a nail-biting win vs the Hornets.

Some other memorable Terence Davis performances include his 31 points against Chicago, and his 23 points vs Washington.

Terence reveals signs of supreme athleticism from a combo guard. Standing at 6’4″, Davis is slightly bigger than the majority of point guards, with a slight height disadvantage in comparison to other shooting guards in the league.

His decision making, and shot selection are a little poor, but being his first year in the league, he is still well ahead of schedule for an undrafted rookie. Davis has all the tools to be a point guard; a strong shooter, explosive first step, a strong handle, and the ability to draw extra defenders on drives.

To transition smoothly into the point guard role, when Kyle eventually retires, and Fred potentially signs elsewhere this off season, Terence should look to work on his pick-and-roll decision making. He attacks aggressively off ball-screens, but often opts to shoot, or attack the rim more often than not. This doesn’t have to be seen as a negative. In my experiences with coaching, it is a lot easier to teach an aggressive player to tone it down, then to ramp up a player who constantly looks to settle. As previously mentioned, Terence has a fantastic first-step, and tremendous explosion towards the rim. He draws help from defenders, but often late because of his quickness. When teams begin to key in on Davis as a primary option, the help will come a lot sooner, and in a lot more creative ways. That is when it will become especially important for Davis to look at the roll/pop man, weak-side cutters, or three-point kick-outs.

Watching Davis in this shortened-season has been such a treat. Terence is fun to watch as a player, and underdog stories are always fun to cheer for. I would expect Terence to be with the Raptors for quite a few more years after his contract is up. With veterans like Gasol, Ibaka, and Lowry beginning to age-out over the next few years, young guys like Anunoby, VanVleet, and Davis will get their due, and be in charge of leading the team. Them, and the future undrafted rookies that Masai finds buried in the talent pool.