Season in Recap: A Transformative Journey 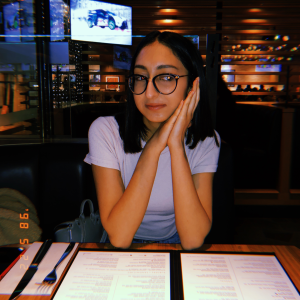 The Toronto Raptors end the regular season 2nd in the East with 58 wins. Despite this great finish, any fan will know this season has been far from the ordinary journey.

Last season the Raptors had 12 different starting lineups. This year they’ve had 22. This is a testament to their strength in holding the 2nd seed while experiencing so many changes to the roster.

Before the playoffs begin, let us take a look back on the uphill battle it’s taken to get here.

After 7 seasons with the organization, on May 11th Ujiri fired head coach Dwane Casey; only weeks before Casey was awarded NBA Coach of the Year.

On June 14th, Raptors assistant coach Nick Nurse was promoted to succeed Casey as head coach. Nurse’s insight allowed him to retain what was already working under Casey and change what he saw wasn’t working as an assistant.

About a month later, on July 18th Ujiri traded Demar DeRozan and Jakob Pöltl for Kawhi Leonard and Danny Green. This shocking trade sent Mr. ‘I am Toronto’ to San Antonio in an overnight deal just a month after the finals MVP ‘wanted out’ of the franchise.

This deal tore a rip in two dynamic duos in the Raptors roster: Demar and Kyle, Pascal and Jakob. The betrayal felt by these players was a kick to the chemistry that had been built over years’ time.

From here it was a delicate process to acclimate these new pieces. These off-season moves became the first (and biggest) changes marking a new era for the organization. Going into training camp, learning Nurse’s new offensive schemes and acclimating two veteran players into an established team was the main focus to ensure a smooth transition into the regular season.

After leaving San Antonio due to the negligence of Leonard’s injury, Raptors’ medical staff have, for good reason, rested Leonard throughout the season. Even though load management has been a constant conversation all season, Leonard has improved from playing only 9 games last season to now having played 60.

In early December, starting point guard Kyle Lowry began suffering from lower back pain. This soreness has followed him throughout the season and caused him to miss 16 games.

On December 12th, Jonas Valanciunas dislocated his left thumb after colliding with Draymond Green. Unable to fix the thumb on site, Valanciunas went under surgery and missed the next 25 games. On February 7th, the center was set to be back in the lineup, but his excitement came too soon as hours before the game he was traded to Memphis.

During the following game on February 9th, Fred Vanvleet experienced a partial ligament injury to his left thumb. This left the Raptor bench with just 9 available players. Fortunately, Vanvleet only missed 12 games as this occurred over the all-star break.

Finally, if injuries weren’t enough, Serge Ibaka was suspended for three games after throwing a punch at Marquese Chriss on March 12th.

It seems as though the Raptors could not catch a break when it came to injuries. In fact, they’ve only had a full available lineup less than 5 times this season. And with so many new additions to the team, maximizing minutes out on the floor together is what builds chemistry.

Both drafted to Toronto, for Valanciunas and Wright the Raptors organization was all they had ever known. Similarly, for Gasol, Memphis has been his only NBA team since 2008.

Having traded 3-for-1, Masai looked to the buyout market and acquired Jeremy Lin from the Atlanta Hawks.

After 10-day contracts, Jodie Meeks and Eric Moreland secured the Raptors’ final roster spots. Meeks played in 7 games, scoring an average of 6.3 points at a FG% of 0.529. As a power forward, Moreland’s DRPM is 1.54, placing him 19th in the league.

Amongst these challenges in lineups and injuries, adapting new players in their roles was key this season. But at last, the roster is settled and it’s time for playoffs.

9 thoughts on “Season in Recap: A Transformative Journey”