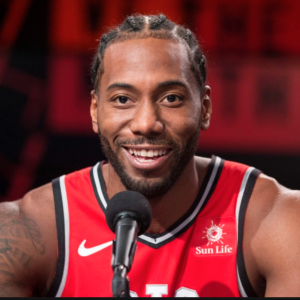 After Bradley Beal and John Wall picked up two early fouls in game two, Ty Lawson got the opportunity he has waited all year long for – The chance to play in the NBA again.

With shortened rotations in the playoffs, it is rare to see backups playing extended minutes.

It is especially rare when that player has not played a single minute all season long.

It is even more especially rare to see that player arguably be the best player for his team that night.

Lawson recorded 14 points, eight assists, and shot 4-5 from three point range. He was second best on the team with a +8 plus minus in 31 minutes.

On the Raptors side of things, it was quite surprising to see Lawson as a key contributor for their opponent in game two, to say the least.

In a high demand, and often merciless league, The 2017 offseason forced the former Nuggets star point guard out of the league and he was forced to take his talents to China, despite having his best season since 2014, and ending his season with a triple double against the Phoenix Suns.

After being eliminated in the Chinese CBA playoffs on April 11th, the UNC grad said goodbye to his teammates, including former NBA player Donatas Motiejunas, before signing with the Washington Wizards for the playoffs.

However, it is possible that Lawson saw a rejuvenation process similar to the one that Michael Beasley took during his time in China. In fact, the two played for the exact same Shandong Lions basketball club.

Beasley has since returned to the NBA and rejuvenated himself as an assertive offensive threat with the Knicks, averaging an efficient 13 points in just over 22 minutes per game.

Perhaps it is the increase in usage which saw Lawson coming in gunning against Toronto as he was used to the role in China which saw him average 25 points, 6 assists, 2 steals and a 26% usage rate.

The 5″11 point guard, fresh off a flight in to Toronto for the start of the series, completely overtook Tomas Satoransky as the primary backup guard, and knocked Tim Frazier completely out of the rotation despite having just joined the team.

It will be interesting to see if the minutes were a product of the early foul trouble and a hot start, but with the Wizards being down 2-0, I expect Lawson to play a good chunk of minutes again, as Scott Brooks will likely want to stick with what has been working.

Despite being brand new in a system, Lawson fit in fantastically, and he is no longer the Indiana Pacers member that Raptors fans got excited to see on the court from the 2015-2016 playoffs.

He has gone from a guy who nobody wanted to the immediate 6th man for a desperate Washington Wizards team, who are relying on the 30 year old’s veteran experience heavily in a must win game on Friday.

While I still expect the Raptors to comfortably win this series, Lawson is a guy to look out for, and he has the potential “Random Raptor Killer” label written all over him.

Regardless of how the series winds up, this is a truly amazing story about a player who went from appearing to be out of the NBA for good to a vital piece for the Wizards.