Questions, Concerns and Keys to Game 7 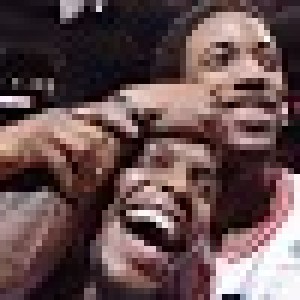 This Toronto Raptors vs Philadelphia Sixers series is far from over. With Game 7 tipping off tomorrow, May 11th at 7:00 PM EST, the Raptors are facing perhaps their most important game in franchise history. For the majority of the playoffs, both Pascal Siakam and Kawhi Leonard have stepped up, while other key players like Kyle Lowry and Serge Ibaka have been up and down. With Toronto facing elimination, in a game that could possibly determine if Kawhi Leonard stays or not, will they step up?

Before tomorrow’s game, we revisit some key points that will be crucial in, gulp, Game 7.

– Where has Joel Embiid Been?

After putting up MVP level numbers of 28 points 14 rebounds and 4 assists in the regular season, Embiid matched his elite play in the first round vs the Brooklyn Nets. But now, Joel is being matched up against an elite defender in Marc Gasol, and he’s struggled.

So far this series, Embiid is posting statistics of 17 PPG, 8.3 RPG, and 3.2 APG. For your average player, those statistics are amazing. But Joel is a different beast. His numbers this series haven’t even been comparable to his regular season numbers, and though that could be blamed on Marc Gasol’s elite defense, Joel will need to step up.

Unfortunately for Philly, that’s not very likely. Embiid has been several ailments, and In the 2018-19 regular season Embiid was flat horrible out against Gasol. He was restricted to 8.5 points a game on the 108 total possessions he was guarded by him, over their two meetings. Embiid shot just 33% on 18 shot attempts when Gasol was defending him. Can the Sixers win without a big performance offensively from Embiid? Yes, but a big performance from the star would be a massive boost.

Gasol has been, and likely will be the key to stopping Embiid in G7.

Ben Simmons was absolutely incredible in Philadelphia’s Game 6 victory over Toronto on Thursday. He would go on to finish with 21 points on 13 shots, he would push the pace and his defense was solid on a variety of Raptors.

Simmons set the tone from the opening tip, dishing out 5 of his 6 assists in the 1st quarter. The reigning rookie of the year looked every bit of the generational talent the Sixers took with the 1st pick in the 2016 NBA draft. If the 6ers can count on Simmons to do this in game 7, the Raptors are in serious danger.

But can we count on Simmons?

Throughout the playoffs, Simmons has been the definition of inconsistency. First his 31 point outburst vs the Nets; then his 2 games with under 10 points vs the Raptors, Simmons has proven that we can’t trust him. When Simmons is on, the 6ers look like title contenders, but not so much when he’s off.

Standout performances like Game 3 against Brooklyn and Game 6 against Toronto are what will make the difference for the Sixers in Game 7. If Simmons can be this good next game, the Raptors are in trouble.

When Simmons plays aggressive like he did in Game 6, the Sixers play freely. But Can Ben Simmons be this aggressive next game? Will Game 6 be simply an outlier?

– Kyle Lowry NEEDS to be aggressive

As a scorer, Lowry has been on and off throughout the whole series. Sometimes he passes up open shots that he should shoot. In game 7, Lowry CANNOT do so. Lowry’s most successful games in these playoffs have come when he was most aggressive. For example, in game 5 Lowry’s aggression in resulted in him getting a playoff-high eight free throw attempts, of which he made seven. It showed how determined he was to get to the rim the Raptors NEED that Lowry if they want to win.

Lowry needs to come in and set the tone right away if the Raptors want to win.

– Will Kawhi Leonard put the team on his back?

The Klaw struggled to find his shot on Thursday. He put up 29 points on 9-20 shooting, and though he wasn’t horrible, he couldn’t match what he’s been doing throughout the playoffs.

“I mean, I missed some easy ones tonight,” he said, once he had laboriously dressed. “Just got to keep playing, man. We win the last game, that’s all that matters. Winning or losing. We lost some games playing their way, so it doesn’t matter. I’m going to try to win.”

In the past two games, Leonard has been 16-36 from the field, as well as 0-8 from 3. In these games, he’s averaging 25 points, 12.5 rebounds, 4.5 assists, 1.5 steals. Those numbers aren’t bad by any means, but he hasn’t played at the level he did games 1-4. Kawhi is right about missing the easy ones. 3-4 three pointers he missed in game 6 were wide open, and many of the mid range jumpers he took had a decent amount of space.

If Kawhi goes back to a human being in game 7, do the Raptors even stand a chance?

Such an up and down series produces all these questions and more.  It’s a game with so much on the line, yet so many different variables. In Game 7s, anything can happen and we’ll find out shortly if the Raptors are headed to Milwaukee or set to begin a long, stressful offseason.

PreviousRaptors’ BIG solution to beating the Sixers
NextGame 7 was Destined