The Spurs-esque approach of the Raptors 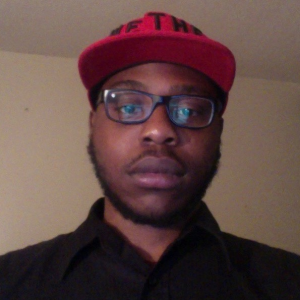 We’ve all heard about the Spurs way.

The San Antonio Spurs organizational culture of team unity and player development is unparalleled. The Toronto Raptors are creating a culture that’s starting, in the smallest way possiblem resemble it.

It’s been said that fish rots from the head down, and this is especially true in the NBA. Gregg Popovich’s leadership is why star players buy into the Spurs way. Strong management and coaching from the duo of Masai Ujiri and Dwane Casey was the first step in the Raptors culture change.

Demar DeRozan and Kyle Lowry have adjusted their game’s and are playing less isolation ball this season because of their trust in the organization and what they see something being built around them.

But perhaps the most Spurs-ian trait of these Raps come from the players they’ve developed from nothing. Jonas Valanciunas, OG Anunoby, Delon Wright, Jakob Poeltl and Pascal Siakam are all big contributors that were drafted as players that, outside of Poeltl and JV, fell outside of the top-20, and were developed by the Raptors to become key contributors on a one-seed.

The Spurs have been able to build and sustain their dynasty through the draft. Having lower draft picks doesn’t effect them as much because they select players for specific roles and aren’t looking for a savior like other teams swing-and-miss doing. The highest the Raptors have picked since winning the draft lottery in 2006 was fifth in 2011 when Valanciunas was selected.

Despite sustained success, marquee free agents, for the most part, don’t come to Toronto or San Antonio. Because of this, both franchises have been forced to be extra diligent in the draft. This philosophy extends to how both teams pick free agents and make trades. They look for players to fill roles and won’t mortgage the franchise for one player.

Of course, the Spurs have been doing this for 20 years, and the Raptors for, well, much less. While the Spurs were winning titles, the Raps were making moves like the infamous Jermaine O’Neal trade to learn this lesson. But recent history shows they’ve indeed learned it, and done so with flying colours. Even the Demarre Carroll signing in 2015 made sense when you look at how his skills could’ve complimented the team; he just wasn’t able to produce.

The Raptors are now one of the deepest teams in the league. The bench this season has been so good they’re garnering national attention, nickname and all. They’re tied for fifth in bench points per game this season at 41.8 with… the Spurs, but that only tells a fraction of the story. What has seperated the one-seed Raptors from their foes has been the dynamic of the “Bench Mob” on both sides of the floor.

Depth is the reason the Raptors stars didn’t have to play enormous minutes for the team to win 60 games. DeRozan played his fewest since his rookie season, at 33.9 minutes per game this season. During the Spurs third championship year in 2004, despite being a premier player, Tim Duncan only needed to total 33.4 minutes per game.

The Raptors are still a young franchise. The Spurs joined the NBA in 1976; it took more than 20 years and the aforementioned Duncan to transform them into the machine we know them as today. The foundation has been set for the Raptors to become the machine of the east.

All they have to do is stay the course. After getting swept last season it could have been easy to blow up the team, not resign Lowry, and start tanking. Anyone can get lucky by winning the draft lottery and not everyone is lucky enough to be the hometown team of a superstar free agent. The Raptors have a different plan.

And it’s time to continue playing copycat when it comes to the Spurs and follow through on it.

PreviousRecognized students could subsequently end the Master ‘s in 1 semester on campus.
NextGame 1 will set the tone for Raptors-Wizards series

2 thoughts on “The Spurs-esque approach of the Raptors”